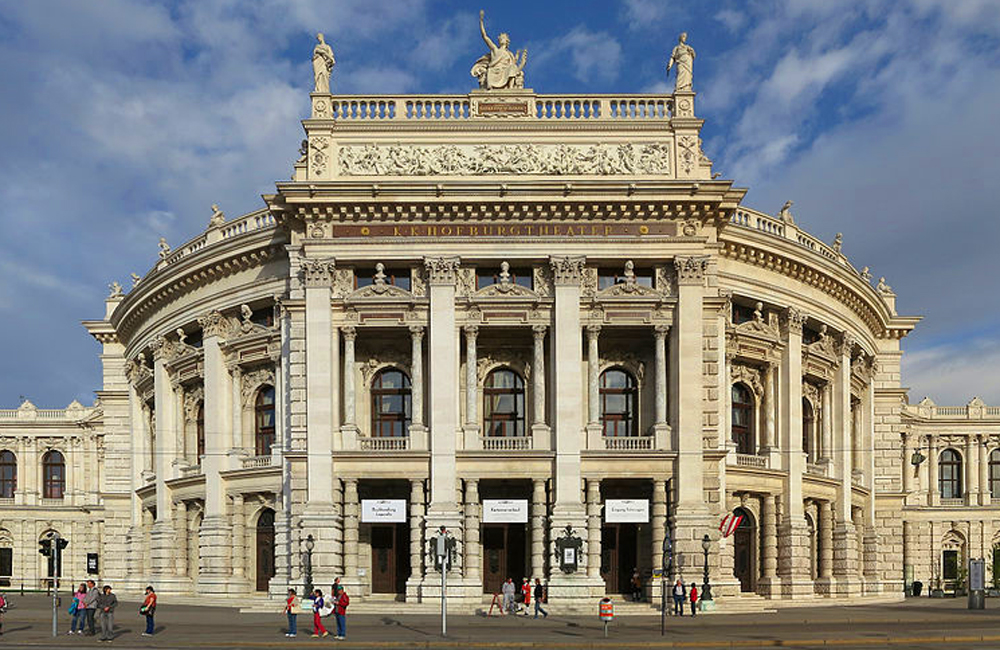 The Burgtheater (Imperial Court Theatre), originally known as K.K. Theater an der Burg, then until 1918 as the K.K. Hofburgtheater, is the Austrian National Theatre in Vienna and one of the most important German language theatres in the world. The Burgtheater was created in 1741 and has become known as “die Burg” by the Viennese population; its theatre company of more or less regular members has created a traditional style and speech typical of Burgtheater performances.