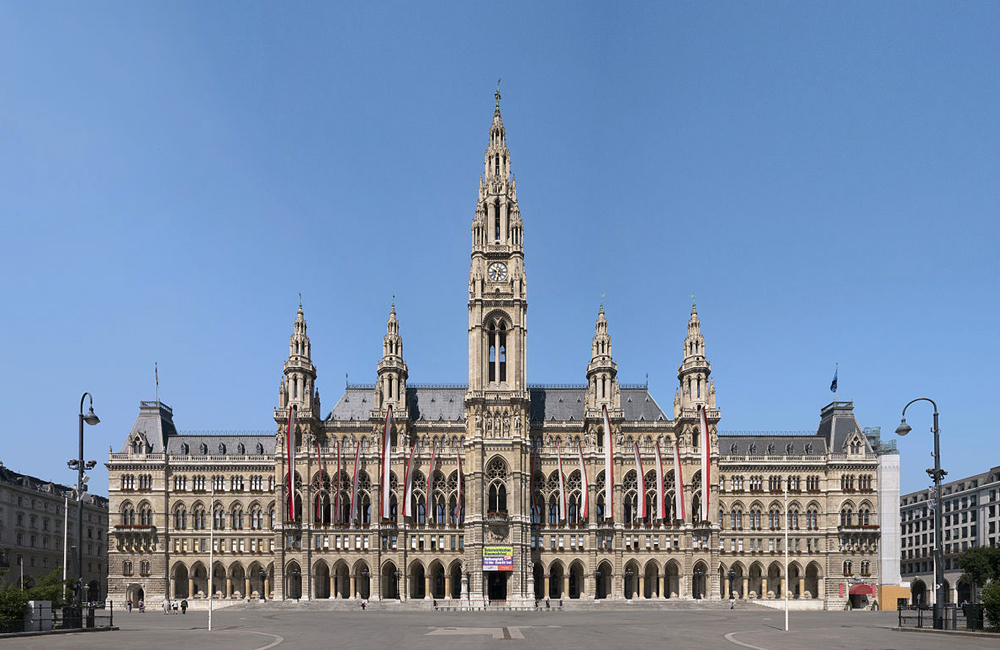 The City Hall of Vienna (German “Wiener Rathaus”), is located on Rathausplatz in the Innere Stadt district. Constructed from 1872 to 1883 in a Neo-Gothic style according to plans designed by Friedrich von Schmidt, it houses the office of the Mayor of Vienna as well as the chambers of the city council and Vienna Landtag diet.

The design of the richly adorned facade is modelled on the Gothic architecture of Flemish and Brabant secular buildings like the Brussels Town Hall. It features five towers including the central tower with a height of 98 m (322 ft). On 21 October 1882, the Rathausmann statue was installed on the top, which soon became one of the symbols of Vienna. The structure itself, spread over an area of 19,592 m2 (210,890 sq ft), is arranged around seven inner-courtyards, more along Baroque lines. A total space of about 113,000 m2 (1,220,000 sq ft) is spread over six floors and two basements with 1,575 rooms. It is largely built with bricks decorated with limestone, mainly from the Leitha Mountains, and ashlar masonry.

Facing the city hall is the large Rathauspark.

Music in the City